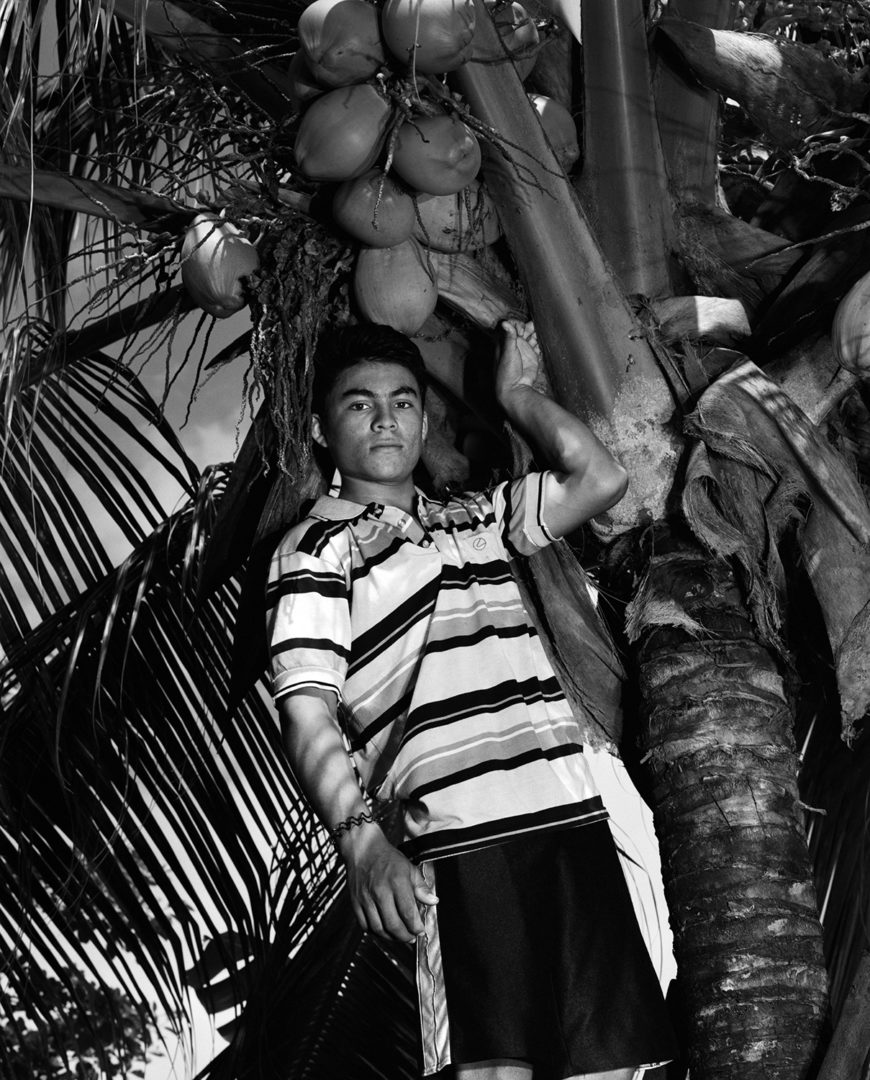 Ernesto Cardenal, a poet, artist, and revolutionary priest, founded a community of artists and peasants in 1965 in the Solentiname Islands, an archipelago in the south of Lake Nicaragua. Cardenal lived there until 1977, when the Nicaraguan dictator Anastasio Somoza Debayle destroyed the community, sending Cardenal into exile in Costa Rica. José Castrellón’s solemn portraits and textured landscapes in “Apocalipsis en Solentiname” are created in conversation with the people living in Solentiname today.

In his black and white series, Castrellón pays homage to two Latin American artists: Julio Cortázar, and Argentine-French novelist, who wrote a diaristic essay “Apocalipsis de Solentiname,” after finding refuge there for three days during the Sandinista Revolution. Castrellón also pays tribute to the work of Sandra Eleta, a Panamanian photographer who documented the community while Cardenal still lived there.

José Castrellón (Panama, 1980) works with photography, video, found material and language, moving between the conceptual and documentary realms. Through research, he takes history as a point of departure to inquire into and express anthropological and sociological concerns. He identifies with cultural changes and the impact they have on different places, the cultural modification of people and society, as well as the physical transformation of landscapes, brought about by commercialism, colonialism, geopolitical conflict and interventions. He has participated in many group exhibitions such as Pacific Standard Time LA/LA, the 38th Biennial of Ireland “EVA International,” the Mercosur Biennial and the Central American Biennial. His work has been shown in institutions like the Tate Modern, the Museum of Modern Art of Medellin (MAMM), the Museum of Art and Design (MAD) in New York, the Museo del Barrio in New York and the Museum of Contemporary Art in Rome (MACRO).