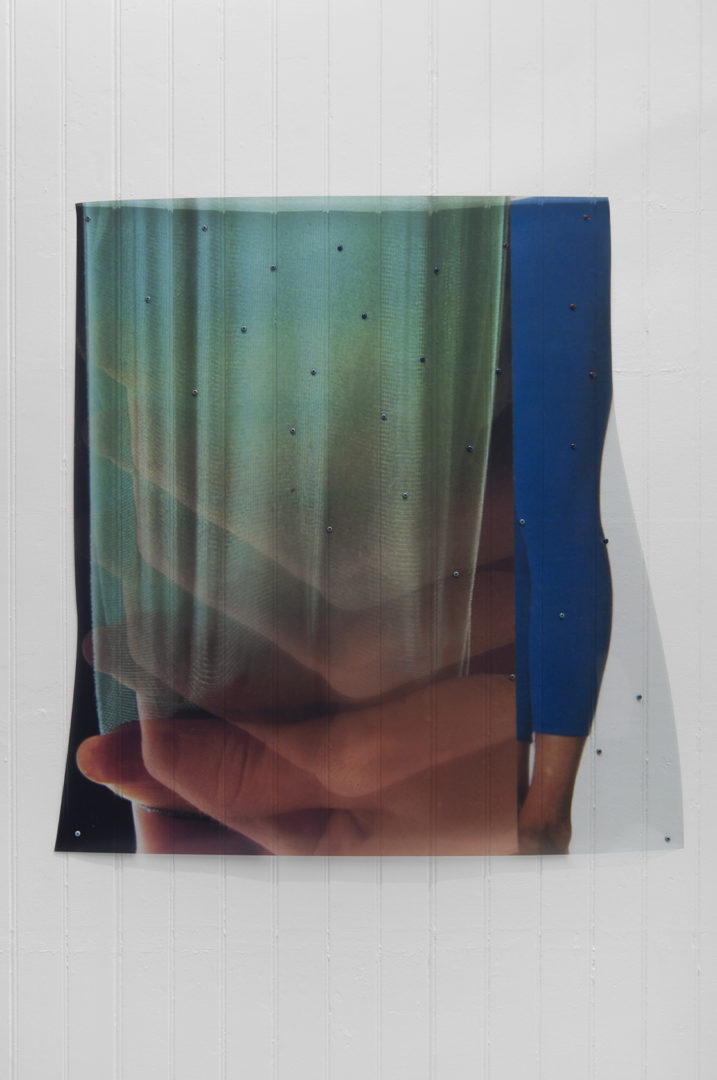 Beyond The Surface: Image As Object

Living in an image-saturated world, we are barraged with a constant stream of pictures and advertisements through news outlets, television, billboards, and the internet. Cutler, Greenbaum, and Rafferty co-opt mainstream media and modify it using photography combined with other techniques such as collage and sculpture. These artists explore beyond the surface meaning of everyday images and objects and draw attention to consumerist tendencies.

David Kennedy Cutler (b. 1979, lives and works in Brooklyn, NY) arranges photographs from his personal life into dizzying compositions printed on sheets of metal.  He then forms the metal into jagged sculptures that are physical representations of the virtual junk mail that fills up our inboxes.  Beyond the Surface features eight works by Cutler that explore his fascination with the human ability to process the flood of mass media that inundates society on a daily basis.

Sarah Greenberger Rafferty (b. 1978, lives and works in Brooklyn, NY) layers her own photographs with ones drawn from television and advertising to investigate body politics and gender roles.  Images of male clothing, exercise videos, and Saturday Night Live comedians are printed on plastic to emphasize their glossiness.  Viewers can see their own reflections, slightly obscured by the glare of gallery lights, when looking at Rafferty’s works.  Seventeen pieces will be included in Beyond the Surface.

Ethan Greenbaum (b. 1979, lives and works in Brooklyn, NY) uses three-dimensional printing technology to create a surface for his photographs.  These objects mimic pre-fabricated architectural elements such as wood paneling and faux-stone walls.  Greenbaum wraps the shapes with modified representations of their real-life counterparts with intentional printing glitches that distort the effect.  Greenbaum includes these mistakes in order to make viewers look closer. With nine works in the exhibition, Greenbaum invites viewers to contemplate the forms of these objects and the roles they play in consumer society.

This exhibition is made possible with support from the John S. and James L. Knight Foundation.
The opening reception is generously sponsored by Sixpoint Brewery.