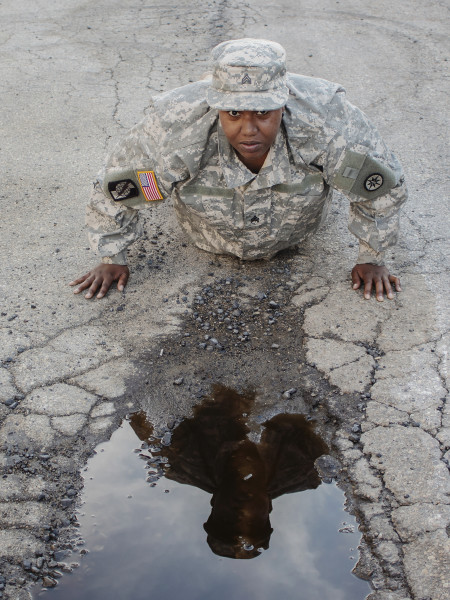 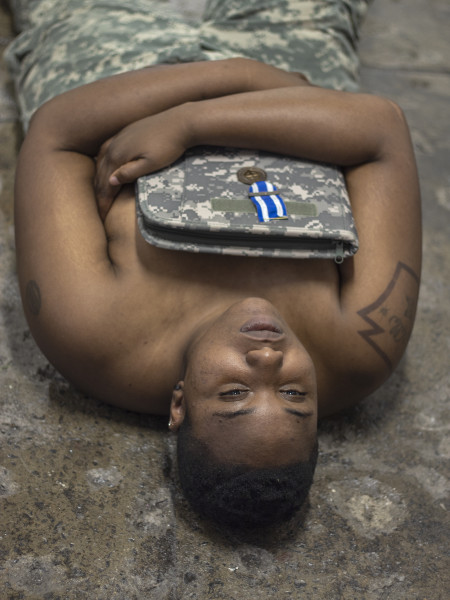 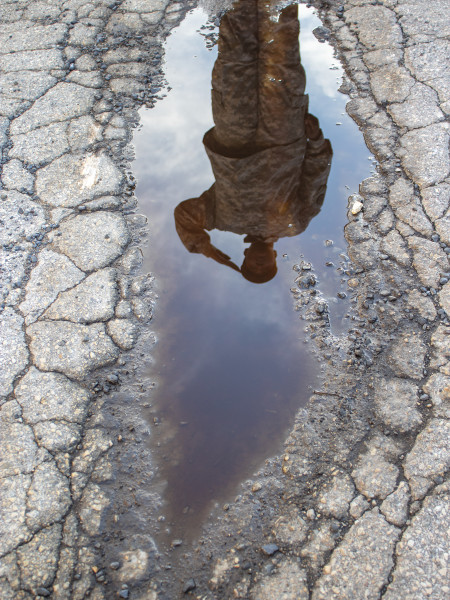 Davelle Barnes is a meme curator, a film ethnographer, a social poet, and a dapper rapper. Barnes is a multidisciplinary teaching artist is a 2018 Women’s Mobile Museum Project Apprentice at the Philadelphia Photo Arts Center, a UPENN CAMRA Fellow, a Philly-CAM Digital Media Literacy Fellow, and a Warrior Writer. Drawing from her intersecting identities and lived experience, the former Army Sergeant is quickly becoming a veteran media maker.

UNSAT is a visual response to the racist, body-shaming rules and regulations I was subjected to during my time in the United States Army. This body of work developed as a collaboration between artists Lindeka Qampi, Zanele Muholi, and myself. As we navigated through the gentrified blocks of Kensington, Lower Northeast Philadelphia, I was reminded of the rapid construction of military forward operating bases in Afghanistan; it felt as though the war was following me. In the photograph entitled Personal Statement, I appear cold and detached; my body on the ground, chest covered only by my camouflage binder. This image represents the silence of having served under the discriminatory Don’t Ask Don’t Tell (DADT) policy, which between 1993 and 2011 prohibited qualified gay, lesbian, and bisexual Americans from openly serving in the armed forces. In Present Sky, I salute to signal to the world: black women are participating in war at record numbers despite the public perception created by the mainstream media which favors hero stories about white men. Oil and Concrete is a reflective portrait to illustrate the ‘hurry up and wait’ culture of the military, and the environmental impact of war. Front Leaning Rest symbolizes the strength and resilience to keep pushing despite battling with P.T.S.D.