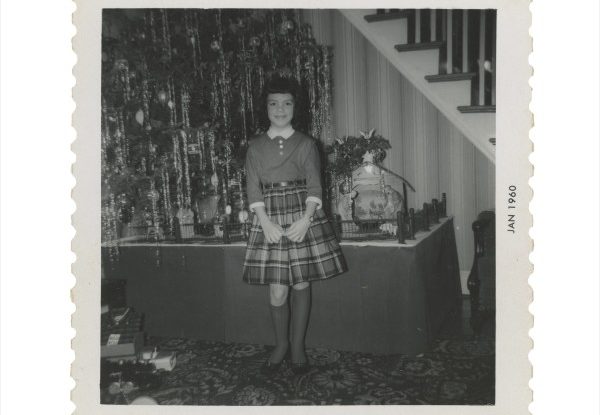 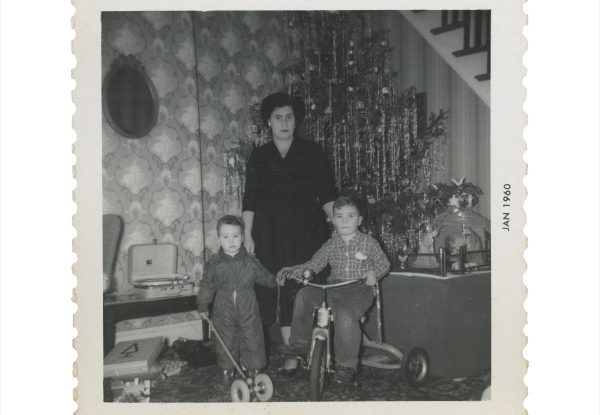 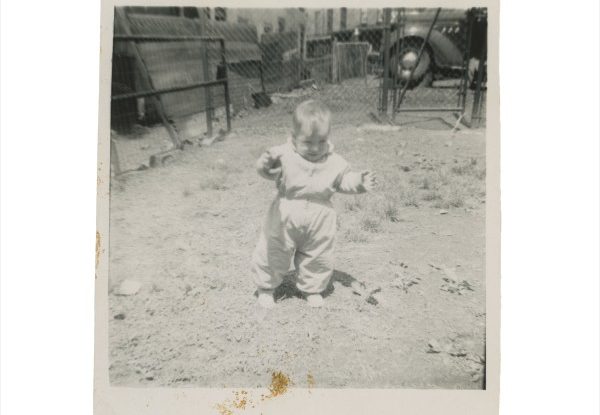 Carrie-Anne Shimborski is a Philadelphia native, abstract painter, Master Doodler, and an emerging photographer. Throughout her work, Shimborski seeks to capture the raw, real, and present emotion of her subjects. As a self-taught artist, Shimborski has created numerous pieces of artwork; however, her greatest creation thus far is the light of her life, her son Luca!

Upstairs in the hallway of my childhood home hung a portrait of my Mother, Catherine (b. 1950), taken when she was three years old. Catherine looked forlorn, with puppy dog eyes. She wears a little blue dress, her hands clasped. Next to her hung a picture of me when I was 5, with puppy dog eyes, a little blue dress, and clasped hands. I knew why I looked sad–I was forced to wear a dress–but my Mother’s melancholy seemed deeper. There were enough similarities to make me wonder until I finally asked my Mother about it.

Her studio portrait was taken on the day that she became an orphan. After the portrait session, my Grandparents, Florence and Scottie, dropped Catherine off at Philadelphia’s Catholic Children’s Bureau.

Florence and Scottie continued to have five more children–keeping each one until about the age of three, then making the trek to drop them off at the Catholic Children’s Bureau. After giving away their first six children–two girls and four boys–they had two more sons, whom they kept and raised.

My Mother was cared for by nuns for two years, then shuffled between foster homes and Catholic orphanages throughout Philadelphia until the age of 18. While a photo shows that Catherine visited Florence and Scottie’s home one Christmas, Catherine was photographed alone, posed in front of the Christmas tree.

Catherine has no pictures together with Florence, the woman who birthed her. She was pictured alone in each of the five known photographs from her early life. Alone as a baby. Alone as a toddler. Alone as a child. Alone as a teenager.

Florence does, however, appear in pictures with her sons. Her stern face stares into the camera, framed by two smiling boys, on that same Christmas day when my mother visited, and, a few years later, outdoors in a backyard. It seems, though, that Florence’s happiest photographic face was reserved for the many portraits she took with the dogs she raised throughout her life.

My Mother didn’t take many photographs of me. I sometimes asked her where the pictures of me when I was younger were. She always replied that ‘life got in the way.’

It’s possible that Catherine didn’t appreciate the importance of a photograph and the memory that it holds. I, on the other hand, take so many photos of my son, Luca. I feel the absence of my own childhood photographs. I want Luca to know and see himself.

I am still working on putting myself in the picture.