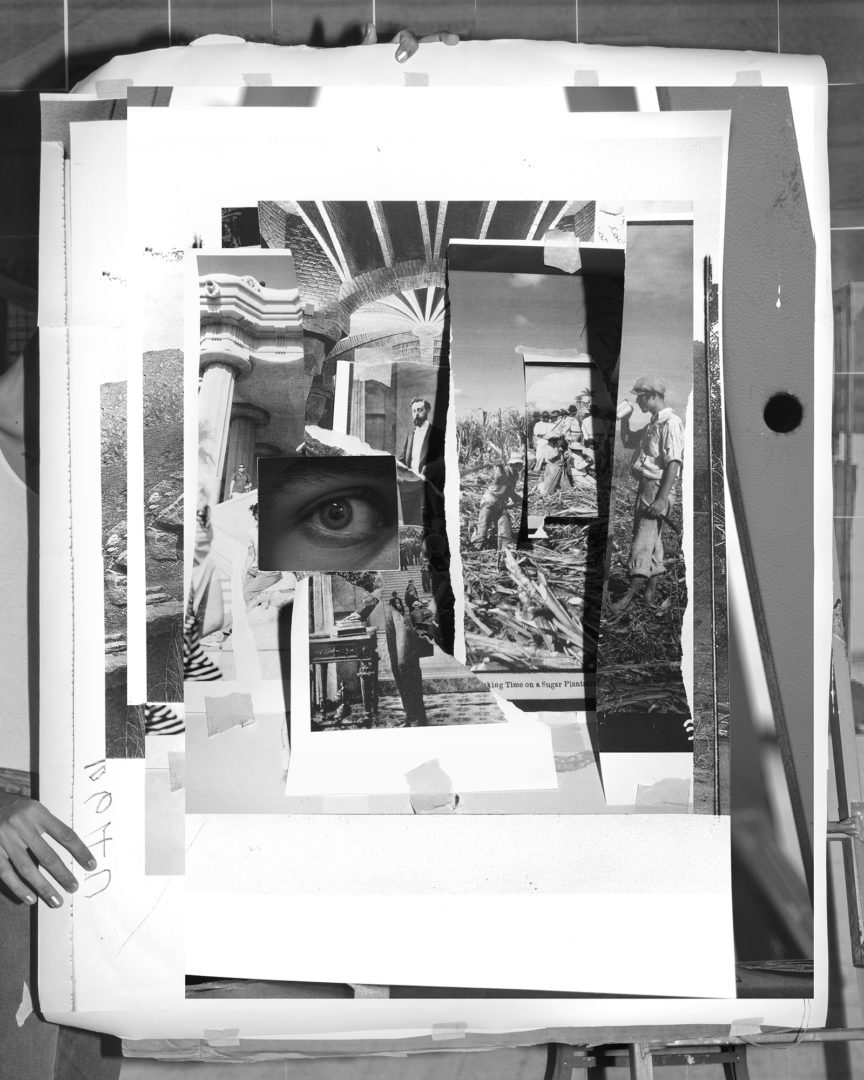 “I am interested in how histories live in the body. Histories of colonialism, violence, queerness and magic all intersect and become meaningful as I try to map out where I come from and where I want to go. I build out worlds to describe each of these histories that are pillars to my practice…”

“…Collaging allows me to reckon with these tensions by recalling history and creating new worlds that respond to them. I make collages in reference to archival images. I photograph, print, physically collage and photograph reiteratively, sometimes printing large and tiling images in order to interrupt them with my own body.”

“Using 19th century ethnographic photographs as a point of departure, Smith’s photographic self portrait series For Tropical Girls Who Have Considered Ethnogenesis When the Native Sun is Remote… reacts to a history of photographic representation of people of color by focusing on how identity is constructed. In the series, Smith casts herself as the subject of an ethnographic survey of invented personas who author their own representations of a blended cultural heritage. Smith masquerades in costumes and throughout sets crafted to mine the personal and collective memory of cultural signifiers of the Caribbean and produce microcosmic explorations of the formation of cultural identity in multinational America…”

“…Often presented within contextualizing multi-media installations that use evocative references to plant life, natural phenomena, and tropical locales, the collective work provides familiar points of entry and access to the complex narratives of the subjects depicted.” 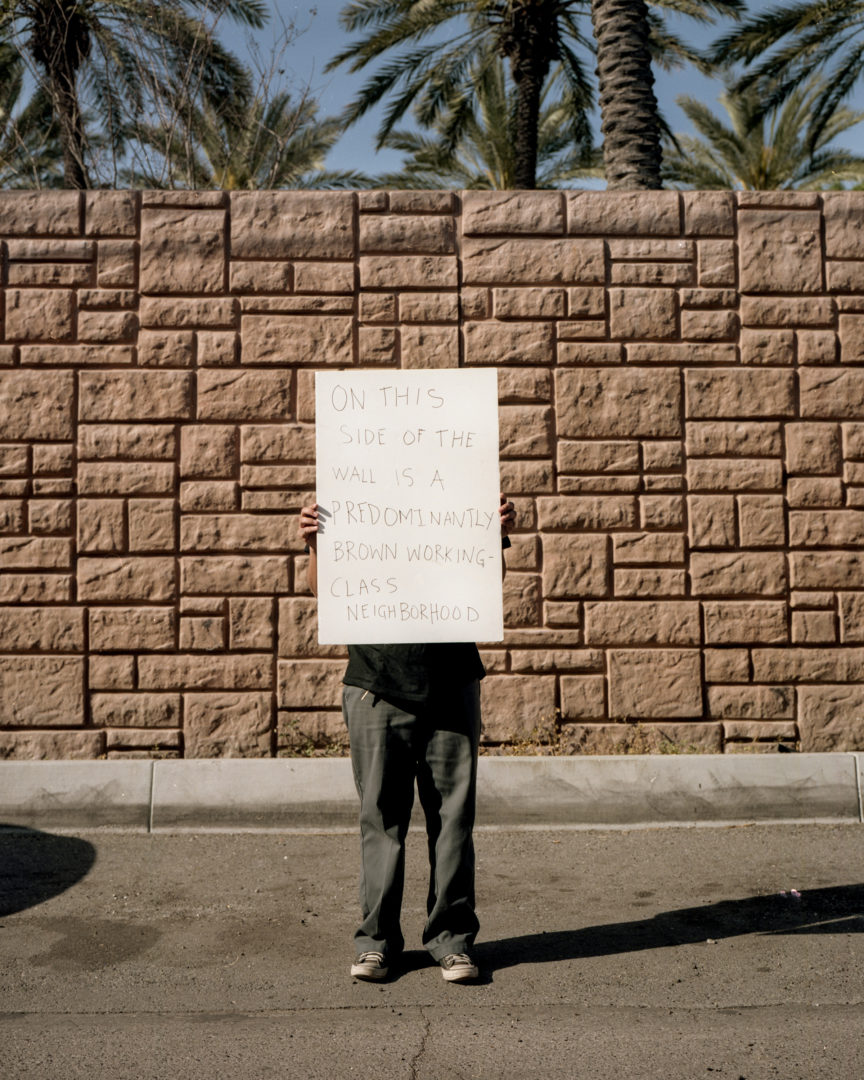 “As a visual artist, art advocate, community archivist, and educator who examines structures of erasure, I continue to negotiate with placemaking, belonging, and constructed borders. For this reason, I use my own brown body, one that was born and raised in Anaheim, to conduct these interventions. In the photographic body of work titled Yo, There Is A Bunch of Brown Folks On This Side. I place myself in front of a brown brick wall holding up a white sign that reads, “On This Side of the Wall Is a Predominantly Brown Working Class Neighborhood.” Using historical texts and contemporary stories, I aim to establish a connection in which the same forms of injustices are repackaged through language and neoliberal policies…”

“…My approach to documentation means working with the community and researching local and concealed histories to create a collective meaning and validate the accounts of brown people as knowledge.”